U.S. Secretary of State Hillary Clinton has warned that Syria may be heading for a civil war. Both the United States and the EU have, recently, imposed sanctions against Damascus. Even the Arab League has suspended Syria and has set an ultimatum; giving them until yesterday to comply with the Arab peace plan. With this, they are threatening sanctions should Assad not act to halt the violence.

As Clinton explained, while being interviewed in Indonesia at a regional summit,

“I think there could be a civil war with a very determined and well-armed and eventually well-financed opposition that is, if not directed by, certainly influenced by defectors from the army.”

During another interview, Clinton expressed her belief that Assad’s days are limited. As she said,

“Look, Assad’s going to be gone; it’s just a question of time. What we hope is that they avoid a civil war, that they avoid greater bloodshed, that they make the changes that they should have been making all along. And we think the Arab League pressure is probably the most effective pressure.” 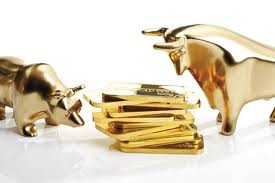