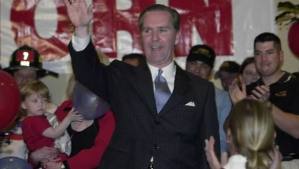 The Republican National Convention is set to begin on August 27, and continue on through the 30th, taking place in the west-central region of Florida, in Tampa. The city is expecting tens of thousands to crowd into the city in protest, and has taken steps to protect itself from any unruly behavior.

Amos Miers is one of the leaders in an organization which calls itself “resisitRNC,” an umbrella group which will support and give logistical aid to those who wish to protest the convention. Miers says that protestors will find kindred spirits at “Camp Romneyville,” a temporary headquarters and living space in the northwestern corner of downtown Tampa, falling inside what Miers labels “the Green Zone.” Miers and others believe that it is the city of Tampa and Republican officials who have decided to wage a war against protestors.

“They’re trying to demonize the protester,” says 35-year old Miers. “The protester is someone who’s speaking out against the government … a very American thing to do. There’s a very organized crackdown on dissent; they spent $50 million. But who’s bringing weapons, tear gas? Who’s bringing tanks? Law enforcement, the federal government. They’re the ones setting up a battlefield, creating a war zone.”

The $50 million Miers is referring to is money from the federal government which was given to Tampa for the purpose of raising the security level in Tampa during the convention.

Tampa’s Mayor Bob Buckhorn takes a different view of his city’s preparations for the convention.

“We’re estimating 15,000 press, 50,000 people,” Buckhorn said earlier this summer. “It’s potentially a combustible mix, but we expect that, we’re ready for that, we’re trained for that. We think for the most part, it’s going to be a good event.”

Buckhorn added that the city has been getting ready for this convention for the past 18 months. Tampa will add 3,000 security officers from all over Florida in addition to the presence of National Guard when the convention finally rolls around. The additional personnel will be in place only just in case some trouble crops up.

“We’re expecting demonstrations,” Buckhorn said. “We think the dynamics in the country, the emotions around the election, around the economy … will lead to very fervent expressions of alternate views.”

Dissenters here can run the gamut of opinions in opposition to the moderate Republican policies; from those on the left such as anarchists and Occupy Wall Street types; to the further-to-the- right Republicans who supported ex-candidate Ron Paul and the tea party. It is therefore impossible to paint the protestors all with the same brush.