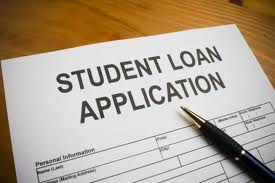 The first study ever conducted by the government to analyze the $150 billion private student loan market concluded that Congress should think about allowing students to unburden loans in bankruptcy and should force schools to take more action to protect students from taking on risky loans.

These two conclusions were a result of the study which was mandated by the Dodd-Frank Wall Street reform law. The study was published by the Consumer Financial Protection Bureau and the Department of Education. The study found that during the last economic boom private lenders provided risky student loans to a fast-growing student population to the extent that the market in these loans increased by $15 billion in the seven year period from 2001 to 2008.

The study found fault with the marketing of these loans, pointing out that the loans had weak underwriting standards, with lower credit score requirements so that more loans could be sold. It was common for the loans to be directly marketed to students, completely bypassing financial aid officers who help students make decisions regarding their financial aid packages and whether a large debt burden is prudent.

“In many cases, the school could not review the borrower’s financial need, compare it to the loan amount, or even verify that the borrower was enrolled,” the report states.

Students have increasingly been defaulting on their loans. There are about 850,000 loans worth over $8.1 billion in default now- about 5 percent of all private loans.

The situation has improved since the financial crisis of 2008. In that year the Department of Education purchases practically the entire private loan market- part of the giant government bailout. Since that time lending standards have gone up considerably. It is now much more difficult for lenders to sell loans directly to students. In 2011 about 90 percent of all student loans required and had a creditworthy co-signer, compared with only about 67 percent back in 2008. Financial aid officers review at least 90 percent of loans. Online tools are under development to help students compare loan terms and to understand their obligations.

“Students were yet another group of consumers that were hurt by the boom and bust of the financial crisis,” Consumer Financial Protection Bureau Director Richard Cordray said. “They are now overwhelmed by debt and regret the decision.”

The agencies that did the survey say that they have made their recommendations, now Congress must take the next step to protect students.