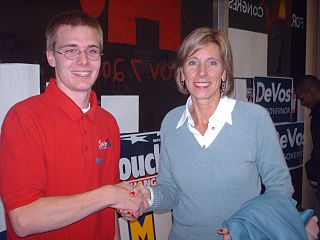 President Trump’s nominee for Secretary of Education, Betsy DeVos might need a tie-breaker vote from Vice President Mike Pence to win her confirmation.

Two Republicans, Senators Susan Collins and Lisa Murkowski said they are going to vote against DeVos to be the next Secretary of Education. If they follow through with their decisions it could mean the Senate is evenly divided 50 to 50, a standoff. When that happens Senate rules call for the Vice President to be the tie breaker.

Other senators that had previously been undecided on their vote came out in favor of DeVos after the two renegades announced their opposition.

Due to her commitment to improve our nation’s school system for all students and her focus on increasing parental engagement, I am supporting Betsy DeVos as our nation’s next secretary of education,” Sen. Dean Heller (R-Nev.), who was seen as the final potential swing vote, said. “I believe Betsy DeVos is the right choice for this position.”

If the Vice President is indeed called upon to break the tie, it will be the first time a VP ensured the confirmation of a member of the Cabinet.

The announcements by Collins and Murkowski created several hours of tension, giving liberals at least one reason to smile after the election of Trump. Collins said on the Senate floor on Wednesday night that,

“This is not a decision I make lightly. I have a great deal of respect for Mrs. DeVos. I will not, cannot vote to confirm her.” 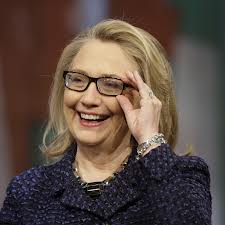