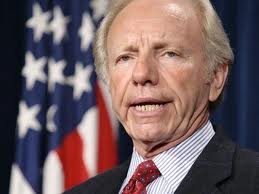 In recent news, it came to the public’s attention that suspected terrorist Jose Pimentel was operating a jihadist Blogger site. As a result, Sen. Joe Lieberman (I-CT), is trying to put pressure on Google to create a system that would ban terrorist material from the internet.

Last week Lieberman and the Senate Committee on Homeland Security and Governmental Affairs sent a letter to Google CEO Larry Page. In it, they asked Google to take more efforts against terrorist material on their platform.

“As demonstrated by this recent case, Google’s webhosting site, Blogger is being used by violent Islamist extremists to broadcast terrorist content. Pimentel’s site is just one of the many examples of homegrown terrorists using Google-hosted sites to propagate their violent ideology.”

While Lieberman applauded the steps that YouTube has taken in the last three years to limit terrorist content and access, he questioned why Google has not taken similar steps in their other platforms.

“I continue to appreciate and commend these important first steps but I am disappointed that Google has not developed a consistent standard throughout its many platforms. Unlike YouTube’s Community Standards, Blogger’s Content Policy does not expressly ban terrorist content nor does it provide a ‘flag’ feature for such content.”

In response, a Google spokesperson has said that they are taking the issues seriously and are taking Lieberman’s points into consideration. As the spokesperson explained, “These are important issues that we take seriously. Blogger’s content policies prohibit, among other things, dangerous and illegal activities, threats of violence, and encouraging others to take violent action against another person or group of people.”