Whether you like First Lady Michelle Obama or not, you’re going to be seeing a lot more of her in the coming months. That’s because she’s gearing up to hit the campaign trail to help her husband, President Barack Obama, to get reelected. This week, as one of her first political stops since Obama announced his reelection bid brought Michelle Obama to Southern California.

She enjoyed a $1000 per person luncheon fundraiser in Pasadena where she touched on Obama’s accomplishments with the economy, with the healthcare overhaul and with the repeal of restrictions on gay service people.She is seen, by many, as one of the more humanizing aspects of the Obama package, as President Obama is often criticized for being too cool in his demeanor. Michelle Obama, in the other hand, puts a very human touch on happenings at the White House.At the luncheon, for instance, she mentioned how she and Obama spend their late nights, after they’ve put their girls to bed, pouring over letters from Americans. While watching her husband, Michelle Obama recounted that,

“I see the sadness and worry that’s creasing his face.”

During the day, she also called on Hollywood, and the 500 people crammed into the Writers Guild Theater in Beverly Hills, to do more to bring military stories to viewers. As she said, “The work isn’t that hard because the stories are already compelling. So I would urge you to do what you do best: Be creative. Be funny. Be powerful. Move us. Move America to think differently about these families and our men and women who serve so us graciously.”

In the evening, Michelle Obama moved on to attend a fundraiser at the Westwood home of Michael S. Smith (a designer who decorated the White House) and James Costos (and executive at HBO). Tickets ranged from $1500 to $35,800 and in attendance were Ryan Phillippe, Drew Barrymore, Ellen DeGeneres, Vanessa Williams and many others. 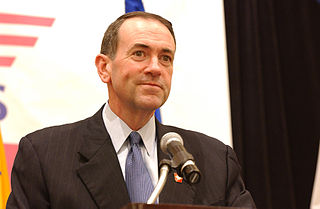