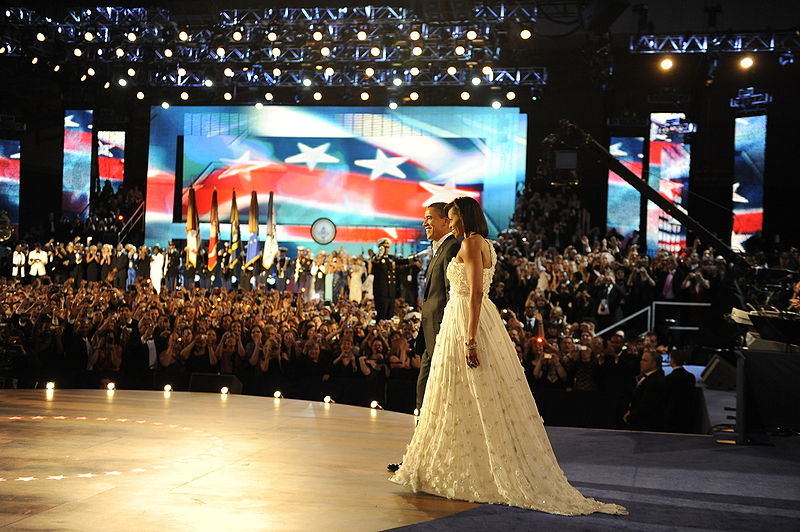 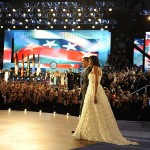 We can’t ALL worry about the deficit, the health care system and taxes. Some of us need to focus on Washington fashion instead. At least that’s what “Project Runway All Stars” winner Mondo Guerra seems to think. He’s horrified by what many of Washington’s high-power politicians are wearing, and he’s hoping to get his hands on some of them.
As he recently said,

“All these politicians are setting goals and want things to happen,” he says, “so that should be a reflection of what their wardrobe looks like. I don’t get why they’re just wearing gray and black. It’s so depressing, and there doesn’t seem like there’s any optimism there.”

The clothing designer has some advice for those on the Capitol. He wants workers around D.C. to be “funkier.” As he advises, “When you get ready in the morning, I really feel it sets the tone for your day. So if you want to have fun, then you should start with fun in your closet.”

And of course, the main women in Washington that he’d love to get his hands on (for fashion purposes, of course) are First Lady Michelle Obama and House Minority Leader Nancy Pelosi (D-Calif). He says that, for Michelle Obama, he would put her in prints. As he said,

“You know, the only thing that I would do for her — it would be my signature — so I’d probably put her in prints … Printed pants, printed blazer, a printed blouse. It sounds really crazy, but it makes sense when you see it.”

And for Pelosi he said, “I think she could use a little Mondo — little touches here and there. Because she does so much for the community, so I think she deserves to be touched by a gay designer.”

Now, Guerra also happens to take himself and his profession quite seriously. He’s become an HIV-awareness advocate since opening up about his 10 year struggle with the disease and he’s been showing up in D.C. a lot lately to talk to lawmakers. In addition to all of his fashion work, Guerra is launching a new HIV education campaign. Teaming up with the pharmaceutical company Merck, they are creating a program called “I Design,” which will help HIV patients to create an individualized treatment plan.