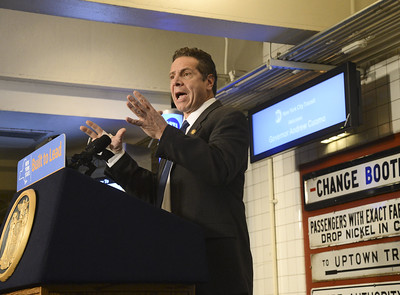 New York Governor Andrew Cuomo says health care experts, scientists, and state officials will be the final arbitrators of the safety and efficacy of all COVID-19 vaccines that will be approved by federal agencies. Cuomo explained that he wants to be assured that the development and distribution of vaccines is not being used as a political tool instead of a way to protect people from the pandemic.

The governor has created a Clinical Advisory Task Force which is independent with a mandate to review every COVID-19 vaccine that the federal government brings down the pipeline. The task force will advise the state government on the safety and efficacy of each vaccine before it is distributed to New Yorkers.

He also created a Vaccine Distribution and Implementation Task Force run by experts in public health, immunizations, and government operations. Their mandate is to design a system that New York will follow so that the vetted vaccine or vaccines will be distributed quickly and equitably.

Ned Lamont, governor of Connecticut, announced that he was forming a similar task force in his state.
Cuomo explained the rationale for creating the two task forces is because he is “not going to trust the federal government’s opinion” on coronavirus vaccines after the in-fighting the government has displayed between the FDA and the White House.

“The way the federal government has handled the vaccine, there are now serious questions about whether or not the vaccine has become politicized,” Cuomo said at a news conference. “There’s been tremendous reporting on that, and the people of this country don’t trust this federal government with this vaccine process. … Between the president and the FDA, only one entity has engaged in the political process and is heading for Election Day. It’s not the FDA.”