In a revelation that shouldn’t surprise anyone – but should shock all of us – the Congressional Budget Office has recently projected that Obama’s health care law will almost twice as much as was originally projected. Forecast to cost $940 billion when Obama signed it into law – the numbers now stand at close to $1.76 trillion.

The original figures were an ingenious deceit on the part of the administration. As Philip Klein of the Washington Examiner explained, they delayed the full implementation of the law until 2014, so that it would appear to be far less expensive when the CBO calculated its ten-year budget.  The CBO’s recent projects cover 2013 thorugh 2022 and show a ten-year cost far beyond that originally discussed.  When it was signed into law, the estimates were really focused on the first six years and the estimates are now looking at the first nine years.

The CBO report also shows some surprising predictions for employees.  During the health care debate, Obama explained many times that the law would not feel like a government takeover of the health care system.  However, the CBO has predicted that, by 2022, three million less people will be covered by their employer for health insurance, while 17 million more will be added to Medicaid. They found, as well, that 22 million Americans will get their coverage from government run exchanges.

It’s typical for politicians to want to get their laws based; certainly Obama had reasons to push through the health care reform in his own way.

However, the CBO’s results are staggering, anyway that you look at them. 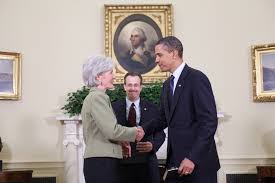