As 2012 approaches with the elections in tow, President Obama has been emerging a strong populist candidate with a cultural streak to match; at least in the face he has been showing the public in recent days.

“Norman Rockwell’s magazine covers are classic and recognizable portrayals of American life,” and then goes on to describe the famous illustration the artist made in 1963 of the 6-year-old Ruby Bridges as she is escorted into a newly desegregated school with the aid of plainclothes US marshals protecting her from the angry crowds who are against desegregation. The illustration was originally published in the centerfold of Look magazine in 1964.

“Like Rockwell’s painting, art in all its forms often challenges us to consider new perspectives and to rethink how we see the world,” the proclamation adds.

The selection of Rockwell as the example of “Arts and Humanities” for the purposes of the proclamation is a distinctly populist choice. Rockwell is certainly one of America’s most beloved illustrators, but whether his style qualifies him as an ‘artist’ in the strict, elitist sense of the word, has been hotly debated. Even for the Obamas, who chose distinctly high-brow contemporary artworks to decorate the Oval Office, Rockwell is not really a true example of an ‘artist.’

Obama’s taste for “artistically challenging” art was noted in 2009 when the Obamas choose what was considered the most modern and abstract artwork to ever have hung in the White House. Among the artists represented there are Jasper Johns, Mark Rothko and lesser-known artists like Alma Thomas. Thomas is and African American abstract painter whose work is from the ‘60s and ‘70s.

Harry Cooper, the curator of contemporary and modern art at the National Gallery said at the time that the Obamas’ choices for their residence are thrilling the art world, and hopefully will give a boost to the arts in this country.

It is pretty clear that no one would call Rockwell, by any stretch of the imagination, avant-garde. 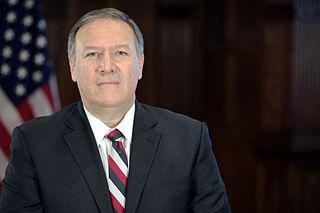