Talk about bad timing. Obama has not been hitting the mark very well lately with his timing. First, he managed to express his newfound support for offshore drilling…just before last year’s BP oil spill.Now, he’s trying to backtrack on his recent support for nuclear power which came just before the disaster in Japan.

As Drew Westin, an Emory University neuroscience professor who has advised Democrats on communication pointed out, “President Obama has shown very poor judgment on where and when to ‘agree’ with Republicans, and energy has been a prime example.”

Since coming to office, Obama has been showing more and more support for nuclear power. He recently pushed cap-and-trade legislation that federal studies have shown would lead to the construction of 100 reactors. During his State of the Union address he called for nuclear to be seen alongside traditional renewable like solar and wind as part of the clean energy standards.

President Obama is in good company with his energy issues. These issues have actually presented hurdles for every recent president. Now, Obama will have to walk through the mine field of public opinion as the world watches Japan grapple with their nuclear power plants after the earthquake last week. 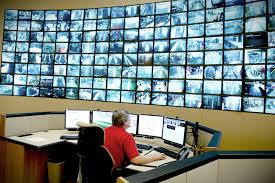