Although she has already said that she is out of the running for the upcoming 2012 presidential elections, Sara Palin, the Tea Party champion, hinted that she might still participate in the Republican race for candidacy.

It is probably too late in terms of the technicalities of running in the Republican primaries, but in an interview which will be broadcast on Fox Business Network’s “Follow the Money” program, Palin was asked if she would still consider joining the race for the White House.

“It’s not too late for folks to jump in,” Palin said. “Who knows what will happen in the future.”

Palin was the governor of Alaska as well as the 2008 Republican nominee for vice president of the US. She ended intense public speculation about her presidential intentions when she announced in October that she would not try to overturn Obama’s presidency.

Supporters Begged Her to Run

If Palin wants to have a fighting chance she needs to decide soon. The first primary for the 2012 presidential election will be held in Iowa on January 3rd, 2012. 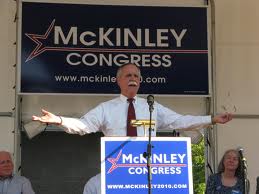