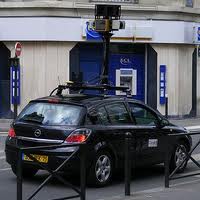 As many car companies are experimenting with and developing new ways to make their cars as fuel efficient as possible, Google is looking for ways to make cars as brain efficient as possible. Google has been test driving cars that are capable of driving themselves, allowing passengers to use their time in transit to a better purpose, like reading, knitting, watching a movie or perhaps even sleeping.These ‘auto-autos’ use artificial-intelligence software which allows the robot to sense things nearby and then to make decisions the way a human driver would or even better than he would. The cars have been tested extensively, racking up 1,000 miles of completely non-human intervention driving and more than 140,000 miles of driving with only small periods of human control. It was natural to test drive one of the prototypes down the famous Lombard Street in San Francisco, just 35 miles north of the Google-plex headquarters. Lombard Street is a world famous tourist destination as it is one of the steepest and curviest city streets in the world. The car made it through with flying colors.