In a surprising move, the Maine delegates heading to the GOP nominating convention in Tampa, Florida overwhelmingly supported Ron Paul over Mitt Romney. During their recent two day state convention that ended on Sunday, they tossed their support to the Texas congressman. Paul managed, as well, to garner support for most of the seats on the state Republican committee, with at least 21 of the 24 delegates going to the convention supporting Paul.

As Jim Azzola of South Portland and the Cumberland County coordinator for Paul said, “It’s certainly a significant victory.” While Paul actually finished second behind Romney in the GOP caucuses in Maine in February, those results are considered nonbinding.

Some, however, are accusing the Maine delegates of losing their minds.  As Charles Cragin, a Romney supporter who tried to win to chair the convention, said,

“They have so phenomenally screwed this up that they will go to Tampa and not be seated.”

The entire convention was clouded in bizarre turns and twists, as the Paul supporters accused the Romney supporters of photocopying copes of the Paul slate to trick delegates and there were counter charges from the Romney faction. While the convention was certainly raucous and less than professional, it did draw some of the highest attendance that they’ve ever had. They had almost 2800 delegates there and many mainstream Republicans are encouraged by the new energy that seems to be coming into the party.

Certainly, if nothing else, the results of the state convention send a message to Romney.  For Paul to win in a state neighboring one where Romney was the governor shows that the GOP has yet to unite behind the assumed nominee.  Romney will do well to tread lightly, and to ensure that he doesn’t turn off any of the Paul voters.  As Mike Dennehy, a former top aide in John McCain’s 2008 campaign, said,

“I think he’s being very careful because he knows how important the Ron Paul voters are – they obviously represent a very different dynamic. They are the most passionate and the most frustrated of any voters heading to the polls. And many of them are independents.” 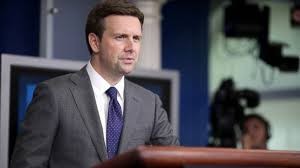