Two scientists who created a deadly form of bird-flu virus question whether the United States should be the one country deciding what information can or cannot be published for scientific research.

The US is concerned that the information, which could fall into the wrong hands regarding the development and spread of highly lethal forms of viruses, must be tightly controlled.

But the scientists believe that the decisions about how and where the scientific information is published should not be decided by one country alone, but by all those countries whose interests are at stake.

Ron Fouchier and Ab Osterhaus do their research at the Erasmus Medical Center in Rotterdam. They say that although they do accept the recommendations made by the US government’s National Science Advisory Board for Biosecurity, they believe these types of rulings should be discussed and not pronounced unilaterally. The NSABB established that the main details of the pair’s research should not be published due to the fear that bioterrorists could use that information to create a deadly bird-flu pandemic.

Fouchier and Osterhaus explained their position in the scientific journal Nature:

“But we do question whether it is appropriate to have one country dominate a discussion that has an impact on scientists and public-health officials worldwide. It is not clear whether an international discussion would lead to different recommendations … We don’t know the worldwide opinion until a group of experts from all parts of the globe is formed. An issue this big should not be decided by one country, but all of us.”

The conflict arises when scientists are trying to track the early warning signs of new strains of viruses. Having the detailed information about the types of viruses that scientists are working with in the laboratory can help other scientists prepare new vaccines and anti-viral medications.

But that very same information which is vital to science can also be used by bio-warfare terrorists or rogue states who can wreak havoc with only the most basic scientific knowledge and standard laboratory equipment.

Dr. Fouchier and Professor Osterhaus were among a group of experts which Nature asked to give opinions on the US NSABB recommendations, which has expressed its requirements to withhold many details, including the precise genetic sequence of the mutated virus that they created from publication. 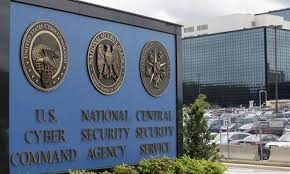