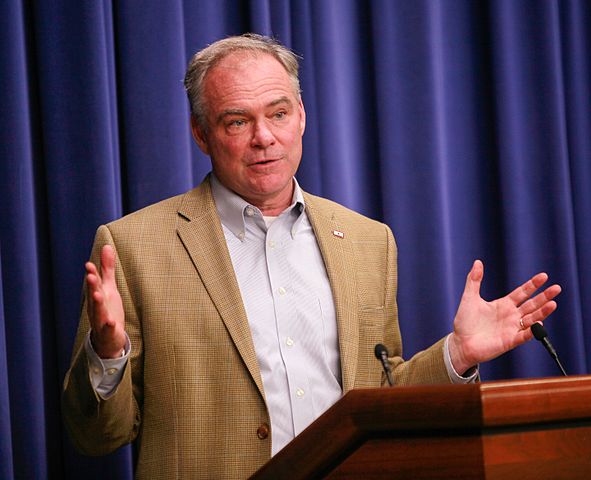 Hillary Clinton’s choice for running mate, Senator Tim Kaine from Virginia, is a fluent speaker of Spanish. Yet this is not the only thing going for him as far as attracting the ever-increasingly important Latino vote. Despite being a “white guy from Virginia,” his views on major issues resonates well with Hispanics, the nation’s fastest growing demographic group.

Not only are the number of Hispanics in the USA growing, but they are turning out in ever greater percentages for Democratic candidates, especially on the presidential level.  In 2004 53% of the Latino vote went to John Kerry, and in 2012 an astounding 71% of Hispanic voters supported Barack Obama.

This group is also playing a crucial role in the swing states of Florida, Nevada and Colorado, according to the Pew Research Center. In these states Hispanics make up at least 14% of the electorate, enough to determine the outcome.
Its easy to see why knowledge of Spanish plays favorably with Latino voters, but it turns out this one skill is not the determining factor in why he is attracting enthusiasm among these voters. Kaine is a veteran advocate of minorities, immigration reform and civil rights. These traits are the real reason Hispanic voters are enthusiastic about Clinton’s vice presidential choice.

“He understands the challenges that the Latino community is confronting because he’s lived them and worked on them,” said Labor Secretary Tom Perez. “Look at what Sen. Kaine has done. “I think they’re a dream team. And I’ve spoken to a lot of my friends in the Latino community to say: ‘I’m all in.’”