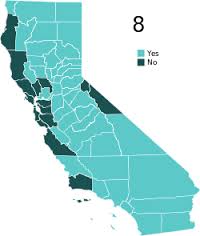 The group, Alliance Defending Freedom, stated in its petition that the Supreme Court did not rule on the constitutionality of Proposition 8. Rather, the court said that the Prop 8 supporters simply did not have standing to appeal a district court ruling and therefore that ruling remains intact. But since that court’s order does not affect the entire state of California then, according to the Alliance, the California Constitution still bans gay marriage.

They add that only when an appellate court or higher decrees that Prop 8 in unconstitutional, then Prop 8 is the law of the land and gay marriage remains illegal, and the state is duty-bound to enforce the law.

“Everyone on all sides of the marriage debate should agree that the legal process must be followed. Public officials should enforce the marriage amendment because they are not bound by the district court’s injunction,” Austin R. Nimocks, Alliance senior counsel, said.