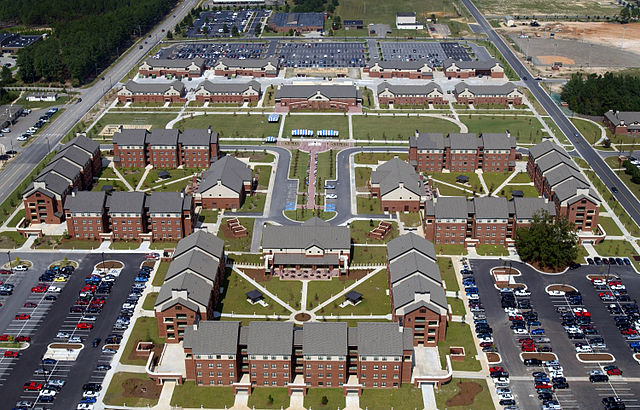 In a reversal precipitated by the recent protests against the murder of George Floyd by Minneapolis police, the army announced it is open to considering renaming the ten army bases that are now named after Confederate leaders.
Army Secretary Ryan McCarthy made the announcement on Monday, reversal the former position of the army which was to maintain the controversial names. Mark Esper, the secretary of defense, supports the re-thinking of the names.

“The Secretary of Defense and Secretary of the Army are open to a bi-partisan discussion on the topic,” an Army spokesperson said.

The past two weeks of daily protests “made us start looking more at ourselves and the things that we do and how that is communicated to the force as well as the American public,” the official said.

Only four months ago the army stated that it had no intention of changing the names of the ten army bases whose names are offensive to many despite the recent decision of the Marine Corps to ban representations of Confederate flags from its facilities.

In February an army spokesperson explained the army’s refusal to consider renaming the bases because the army has a “tradition” of naming streets and installations after “historical figures of military significance” from both the Union and Confederate leaders from the US Civil War.

It won’t be an easy task for the army to reverse its long-standing policy. There have been demands in the past to rename the ten installations, with no response from the army. For instance, before the murder of George Floyd, many were putting pressure on the army to change the name of Fort Bragg in North Carolina. The New York Times had published an editorial in which it accused the military of “celebrating white supremacists” by naming the fort after a notorious slave-owner who was also considered one of the least competent generals of the Civil War.

The other nine army bases that celebrate Confederate leaders are all in the south: