Technically speaking President Obama’s first term of office expires on Sunday, January 20, 2013, but he will not be officially sworn in to his job as president until Monday. So who is the President of the United States on Sunday? Perhaps this interesting story from history will help answer that question.

Most other things about this ritual are not spelled out, including what to do when the day designated to be the day of the actual swearing-in happens to fall out on a Sunday. What’s the problem with Sunday, you may ask? It may not seem like it anymore, but not all that long ago Sunday was considered a ‘day of rest.’ Business was not conducted almost universally, and for many presidents of the past, Sunday was a sacred day. Even today, although shops and other businesses are open on Sunday, the business of government takes a break.

If the out-going president’s contract expires on a Sunday, the Constitution lists the order of who takes over as president if the incoming president cannot be sworn in on Sunday, and that order is as follows: Vice President, Speaker of the House, and before 1947, the President pro tempore of the Senate. Adding the complicating factor of Sunday observance in which swearing in ceremonies are not conducted, we can see the beginning of a (small) crisis unfolding.

In 1849 inauguration day was set for March 4, a Sunday, in which the newly elected Zachary Taylor was to take over the seat of the outgoing President James Polk. Taylor decided not to violate the Sabbath and rather postponed his swearing in for one day. In response the then President pro tempore of the Senate, and Senator from Missouri, David Rice Atchison commented that “the office of the presidency, by the terms of the Presidential Succession Act of 1792, was his.”

This was however not technically true, since just as Polk nor Taylor were president, neither was Atchison. Because he did not take the Oath of Office either, and instead went home to sleep.

In a document found in the collection of the Shapell Manuscript Foundation Atchison explained what happened (or didn’t happen.) 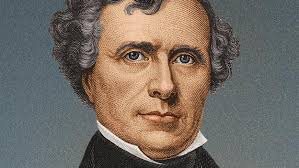