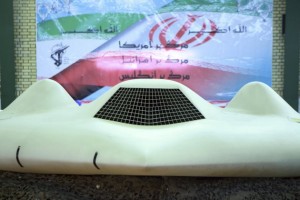 As we often tell our children, it’s certainly important to keep track of our toys. This is especially true if those toys happen to be top-secret government aircrafts. Recently, a surveillance drone from the U.S. fell into Iranian hands, and Obama has sent a formal request to Iranian President Mahmoud Ahmadinejad to get it back.

During a live state television broadcast on Venezuelan television, Ahmadinejad said, however,

“The Americans have perhaps decided to give us this spy plane. We now have control of this plane.”

Not only do they appear to be saying they won’t be returning the plane, but Defense Minister Gen. Ahmad Vahidi has said that the United States needs to apologize. He said that the apology should come because the U.S. invaded Iranian air space.

Vice President Dick Cheney, on Tuesday, called the loss of the drone, “a significant intelligence loss.”

Cheney said, during an appearance on CBS’s “The Early Show” that

“For us to go in and take out the drone that crashed, I think, would have been a fairly simple operation.” However, he explained, the administration has “basically limited itself to saying please give it back.”

Clinton told reporters at a State Department news conference with British Foreign Secretary William Hague that, “Given Iran’s behavior to date we do not expect them to comply but we are dealing with all of these provocations and concerning actions taken by Iran in close concert with our closest allies and partners.”
The State Department has said that the Swiss ambassador to Iran met with the Iranian foreign minister officials last week, but they refused to say what they discussed.

Time will tell is Iran complies and returns the drone – but no one is holding their breath that it will happen.

Photo By Sepahnews of the US RQ-170 Sentinel drone that Tehran admitted to downing last week.