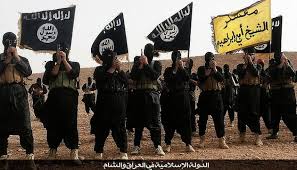 A new poll published by CNN/ORC International reveals that most US citizens believe that there is a real threat that terrorists associated with ISIL already in the US can launch an attack at any moment.

According to the survey released earlier this week 71 percent of those answering the survey fear that members of the Islamic State of Iraq and the Levant living in the US have the tools to plan and carry out terrorists attacks within America. The survey also showed that 53 percent are ‘very concerned’ about the threat that ISIL poses to national security, and 34 percent said they are ‘somewhat concerned.’

The survey also addressed the confidence level Americans have towards their leadership. More than twice as many people asked in the survey said they don’t believe President Obama has a clear plan (67 percent) than said that he does, (30 percent.) Obama will be speaking to the country on Wednesday about the threat of ISIL and how he plans to confront them.

Despite the clear opinion of the respondents that ISIL is a threat to the US, a majority, 61 percent, do not want to see troops sent into Syria or Iraq to fight them. If other countries would join the US in its fight against ISIL, then 60 percent said they would be in favor of military action.