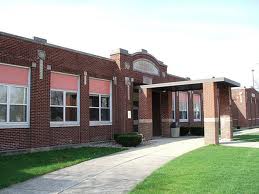 An Indiana teenager has raised challenging issues about freedom of speech and First Amendment rights. The student from Garrett, Indiana woke one night recently to post a message on his Twitter account that was littered with profanity.

A few days later, Austin Carroll was asked to leave his high school as a result of his diatribe – even though his message wasn’t directed at anyone at the school and his tweet didn’t even involve the school in any way.

Carroll explained to the Fort Wayne television station WPTA that,

“If my account is on my own personal account, I don't think the school or anybody should be looking at it. Because it's my own personal stuff, and it's none of their business.”

The Big Brother aspect of the tweeting incident is a bit unsettling. Carroll tweeted his message at about 2:30 in the morning.  As Carroll’s mom said,

First Amendment experts agree with Carroll that, if he was using his own computer and his own network, the school’s response was “an incredible overreach” of both First Amendment and Fourth Amendment rights. This was according to David Hudson, a scholar at the First Amendment Center at Vanderbilt University in Tennessee.

The school insists that it wasn’t targeting him or purposefully monitoring his tweets at 2:00 in the morning. Rather, they explain, they have a federally required filter that will flag content when it’s posted on the network and is inappropriate.  Carroll’s tweet, they say, was flagged.

The entire topic is extremely murky, and schools haven’t gotten clear guidelines yet from the courts on student rights with respect to computer use.  The Supreme Court hasn’t agreed to review similar cases and the lower courts have made all sorts of contradictory rulings.

As Emma Llanso, a policy counselor at the Center for Democracy and Technology said,

For Carroll, any final decisions that the courts make will be too late for him. He’s finishing his senior year in an alternative school, but will be allowed to graduate with his class.  Time will tell how the courts take care of the larger issue.