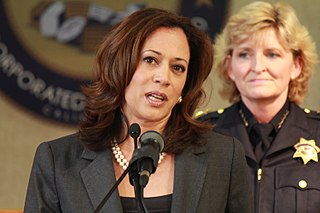 Democratic presidential hopeful Joe Biden picked California Senator Kamala Harris as his running mate. It was not a surprise that his vice-presidential pick was a woman, since Biden declared early in the campaign his intention to pick a woman. Which women, however, has been a source of speculation for months. The number of qualified women for the job seems to be almost endless, between Elisabeth Warren, Stacey Abrams, Amy Klobuchar and others, so what qualities does Biden see in Harris that made him pick her?

Ever since Harris’ relatively early exit from the race for the Democratic nomination in December she has been busy in the senate working on the pressing issues of the day such as coronavirus and the aftermath of the George Floyd murder, positioning herself as a more of a “doer” than a “self-promoter,” a positive quality making her a good choice for Biden.

Her other qualities include her reputation, earned partly during the Democratic debates, as a shrewd politician. As a black and Asian woman, she also represents an underrepresented and other served population of the country, another useful quality that will surely help attract voters.

Harris is also viewed as a traditional Democrat, as opposed to someone like Elizabeth Warren, who is seen as left of center. Biden and the Democrats are hopeful that Harris, as more of a centrist, will attract voters who are wary of policies leaning left and far left.

Harris is young enough to carry the torch of the Democratic party into the future, another reason Biden most likely picked her.