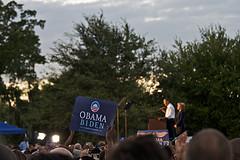 Vowing on Monday to block further efforts to regulate the release of greenhouse gases into the atmosphere, conservative senators are ready cripple Obama’s plans to deal with the issue of climate change.

Legislation was introduced by eleven Republican senators that would make it impossible for the Environmental Protection Agency to regulate greenhouse gases without receiving explicit permission from the Congress.

Since Obama took office the EPA has continuously raised the standards to which greenhouse gas emissions have to adhere.  The senators accused Obama and his policies of going around the Congress to get what they want.

Wyoming Republican senator John Barrasso is not converted to the belief that climate change is the crucial issue that Obama and more liberal supporters believe that it is. As he stated: "My bill will shrink Washington's job-crushing agenda and grow America's economy."