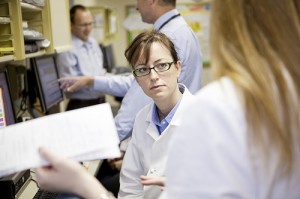 Numbers often speak for themselves. According to a survey recently released by the Doctor Patient Medical Association, 83% of American doctors have thought about leaving their practices because of Obama’s health care reform law.

This non-partisan association of doctors and patients looked at 699 doctors across America. The new strain placed on physicians as a result of the Obama health care reform law, which was just upheld last month by the Supreme Court, is nothing to scoff at.

The DPMA study found that doctors are worried about the practical results of the Patient Protection and Affordable Care Act and don’t feel that it will lead to better care.  As DPMA co-founder Kathryn Serkes told TheDC,

“Doctors clearly understand what Washington does not — that a piece of paper that says you are ‘covered’ by insurance or ‘enrolled’ in Medicare or Medicaid does not translate to actual medical care when doctors can’t afford to see patients at the lowball payments, and patients have to jump through government and insurance company bureaucratic hoops.”