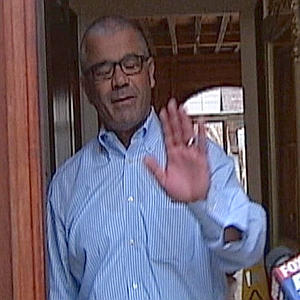 In the year 1999 businessman Hisham Elzanaty donated more than $6,000 to a U.S. charitable organization called “The Holy Land Foundation for Relief and Development,” also known as the HLF. In the year 2001 this organization was designated as a terrorist group and it was forced to close down its operations in the United States by the federal government. Until is closure the HLF was the largest Islamic charity in America, and in the 1990’s it raised millions of dollars. The HLF claimed at that time that the contributions were going to causes such as support of schools, orphanages and social welfare programs. In 2001 the federal government believed otherwise, and in 2008 five of the main leaders of the HLF were found guilty of providing support to Hamas, a terrorist organization, according to the U.S. federal government.Today Egyptian-born Elzanaty is one of the main backers of the controversial Islamic Center which is being proposed to be built at the site where the World Trade Center used to stand, known today as Ground Zero. Although the sum which Elzanaty is planning on contributing is not public knowledge, the amount is described as being ‘significant.’ When asked if Elzanaty knowingly contributed thousands of dollars to an organization which was funneling monies to support terror, Elzanaty’s lawyer responded that his client believed that he was supporting an orphanage at the time of his donation in 1999.Whether or not a person believes that the right to freedom of religion in America should allow a mosque to be built on the site of the worst terrorist attack on American soil in our history, it is still worthwhile to ask who exactly wants to build this mosque, why they want it, and exactly what will this Islamic Center be used for.? Do American citizens and the citizens of New York want a center which supports Hamas, the group which handed out candies in the Gaza Strip in celebration when they heard of the destruction of the Twin Towers, to be built on the very site of this horrible crime?