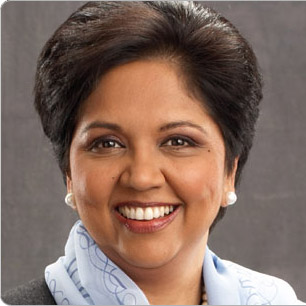 Next week on November 6 President Obama will be heading off to India for a long awaited business trip with at least 150 big-wigs of a slew of American companies.  Included in these companies are some of the world’s largest, occupying some prominent places on the Fortune 500 list.The last visit to India by a U.S. President was in 2006 when George Bush Jr. came to discuss the civil nuclear agreement between the countries.The list of notable top-notch managers is impressive, including the CEO of McGraw Hill Companies, Terry McGraw; David M. Cote, Honeywell CEO, and Obama’s pick for the co-chairman of the Indo-US CEOs forum; Ellen J. Kullman is joining the gathering- she has been the chief executive of DuPont, the chemicals powerhouse, since January of last year. And certainly Obama would not leave behind Indra Nooyi, Indian-born head of beverages and foods at the mega corporation PepsiCo, the new poster girl for the U.S. businesswomen community. There is talk that Nooyi will be asked to become part of the Obama administration as an advisor.The Obama strategy of cutting through the usual bureaucratic red tape and inviting the leaders directly, from White House to Boardroom, helped persuade these high-powered business leaders to attend the business summit.Many of the details of the itinerary for Obama have been kept under-wraps due to security concerns. However Obama is the key note speaker at the US-Indian business and entrepreneurship summit which will take place on November 6th in Mumbai. Obama’s talk is scheduled for 5pm that day, and will be followed by a tea and networking meeting at 6pm.The summit is at least partly a response to growing worry in India about the treatment Indian IT companies have been receiving from the U.S., where many see these companies as one of the causes for the decreasing number of jobs in America. Therefore the discussion topic was called “Two Way Highway-Creating Job Opportunities in Both Countries.”On November 8 the summit moves to Delhi and will discuss, “An Agenda for Co-Creation,” which will also be attended by highly placed Indian government representatives.