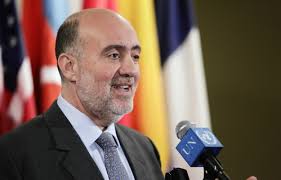 Of the ten officially recognized holidays at the United Nations, two are Christian, two are Muslim, and six are US federal holidays. Of the three major monotheistic religions of the world, only Judaism does not have an official day off at the UN, forcing both Jewish UN employees and diplomats to choose between upholding their professional duties or being true to their religious beliefs.

Israel is seeking to put an end to this discrimination by reaching out to all of the UN’s ambassadors to sign a letter requesting that the UN recognize the holiest Jewish day of the year, Yom Kippur.

“Such discrimination at the UN must end,” said Israeli ambassador to the UN Ron Prosor in a letter sent to journalists Friday by Israel’s UN Mission. “It is about time Jewish employees at the UN won’t be obligated to work on Yom Kippur,” he said.

The General Assembly will most likely have to vote to add the Jewish day of prayer, reflection and atonement. Official recognition would force the closure of all the buildings and no meetings could be held. Yom Kippur often falls in the month of September, the same month when the annual General Assembly of world leaders meet.

“On the one hand, the United Nations advances values of cooperation and engagement among nations, on the other hand, it is prioritizing one religion over the other,” Prosor wrote. “It is about time Jewish employees at the UN won’t be obligated to work on Yom Kippur.”