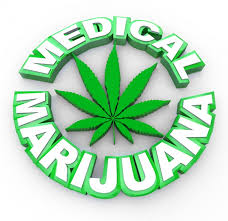 Ever since states have begun allowing marijuana use for medicinal purposes the growth and sale of the green weed has become a billion-dollar industry, whose members are in many cases, circling the wagons today as other groups fight for full legalization.

Medical marijuana is available for use in 18 states today, including California, Nevada, Maine and Oregon. In these states owners of marijuana dispensaries, trade associations and other groups that represent the new industry are worried about, and some cases even fighting against, legislation that will fully legalize marijuana.

The fear is that if marijuana becomes fully legalized the businesses that now benefit from the governmentally sanctioned monopolies will have to become competitive. Also, because these marijuana-related businesses are still illegal under federal law- they can even be raided by the FBI or subjected to an IRS audit- they benefit from the state laws giving them exclusive rights to grow and dispense marijuana. In addition prices are kept high because of the federal laws prohibiting growing, selling and using marijuana.

This past spring unusual bedfellows joined together in Maine to oppose a state bill there that would legalize personal possession of small amounts of pot. The Medical Marijuana Caregivers of Maine added their voice to the usual anti-marijuana groups such as social conservatives, public health advocates and law-enforcement groups. The medical marijuana lobby stated that the legislation would give criminal organizations an incentive to smuggle pot into adjoining states. They also stated that the tax plan included in the bill was not workable and was also unfair.

“The main objections came from the fact that the bill was not built around Maine’s medical marijuana industry,” Paul McCarrier, a lobbyist for the medical marijuana caregivers group, said. “Philosophically, we’re not opposed to the decriminalization of marijuana, but the devil is in the details.”