Sometimes events, even at the White House, don’t go exactly as planned. Last week, First Lady Michelle Obama continued her commitment to getting kids moving. Now in her second year of the “Let’s Move” initiative, she hosted 450 local kids on the South Lawn to try to break the Guinness world record for…jumping jacks.

Working for a Guinness

That’s right. The idea was to get the most people together who have ever done jumping jacks in one 24 hour period. It’s questionable whether or not they really got enough kids together. But it’s a fact that the event turned into a bit of chaos.

First, it was nearly impossible to keep the kids entertained until the moment of truth. Al Roker from the “Today” show tried his best to entertain the crowds, as did Michelle Obama.

The Moment of Truth

Then, when the jumping-jack moment arrived and Michelle Obama started to jump her heart out, the kids forgot their mission. But they remembered that they were with a star. Crowding around Mrs. Obama, the kids forgot about the jumping-jack plan and focused instead on being near Mrs. Obama. She was almost knocked down before Secret Service agents came in to create calm.

One kid even ran to reporters to declare, “She touched my hand!”

All in a day’s work for the Obamas. At least the kids were moving – even if they weren’t doing perfect jumping-jacks in formation. 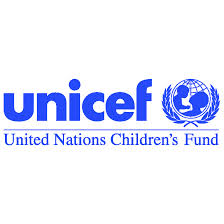