After the four nuclear reactors in Japan have given the population there such as scare, America has taken a look at its own use of nuclear power. Surprisingly, most Americans haven’t changed their opinion of the issue, even after watching the horrors that Japan has experienced.

According to a Harris Interactive/HealthDay poll taken recently, 41% of American support nuclear power plants being built on American soil, while 39% oppose the idea. This shows very little change from three years ago, when 49% supported the idea and 32% opposed it.Humphrey Taylor, the chairman of the Harris Poll, which is a service of Harris Interactive, said, “The problems with Fukushima Daiichi nuclear plant have clearly influenced American attitudes to nuclear energy, but not by as much as I expected. Most people recognize the potential dangers of nuclear accidents but continue to think that nuclear power plants are at least ‘somewhat safe.'”

The newest online survey included about 2100 US adults and was conducted from March 23 to 25th. Most Americans still seem quite confused about the issue and can be swayed to understand both sides of the argument.While 73% of respondents think that nuclear waste disposal is a major problem, 55% agreed that “We need to build nuclear power plants because they do not produce greenhouse gases that contribute to global warming and climate change unlike those that use oil, gas or coal.”

Keeping the Fear at Bay

Many psychologists agree that most people aren’t affected by events that happen far away. As George Bonanno, a professor of clinical psychology at Teachers College, Columbia University said, “We are remote observers. We go around our daily lives and tend not to think about those things very often.”Even if most of the public is shaken up by events in Japan, these events have influenced the political spectrum and the U.S. Nuclear Regulatory Commission. The Regulatory Commission has initiated a review of the nuclear power plant safety in the U.S. and many political figures have weighed in on this issue after the disasters in Japan. 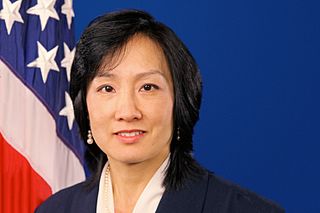