Talk about chutzpah.  In recent news, the Mayor of Springfield, Illinois has sent Obama a bill.  Mayor Frank Edwards of Springfield explains that times are tough and that he simply can’t cover the bill.

The bill was the balance of the expense that the city ran up for police when Obama, as a presidential candidate, came to visit Springfield in 2008.  He was there to announce his running mate, Joe Biden and he did so at the Old State Capital in August of that year.

Now, Edwards has written to President Barack Obama asking for the $55,457 he says they are still owed from the $68,139 bill that the city submitted.  The interim mayor isn’t sure, however, whether the Secret Service or the White House needs to buck up.

Edwards wrote that “sometimes only the executive himself can cut through such inter-departmental differences of opinion.”With the quake in Japan, the tsunamis in the area, the turmoil in the Middle East and more, perhaps Obama has a few more items about which to worry. 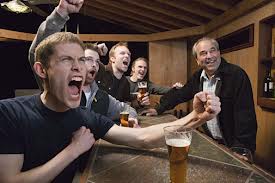