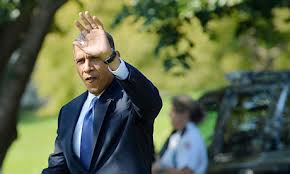 Surpassing any sum either Mitt Romney or Barack Obama has succeeded to raise in any one month so far in this hot campaign for the coveted presidential seat, the Obama re-election team tweeted on Saturday that they had raised $181 million in September.

This sum breaks all previous records for either candidate raised in one single month and is a sign that the liberal support base for Obama is worried that Romney is catching up, or that a previously dormant enthusiasm for Obama has sprouted new wings in the final stretch to the finish line only one month away.