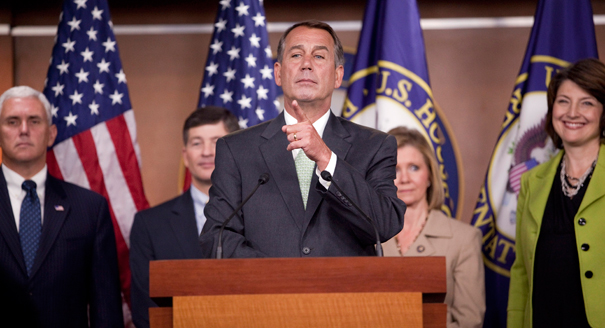 Rep. John Boehner (R-OH) became emotional as the tidal wave of the Republican victory in the House of Representatives became apparent even as polls were still open on the West Coast.  Although the Democrats barely held on to the Senate, the losses in the House were staggering and may even put a monkey wrench into the legislative agenda of President Obama.Boehner said the following as a energized crowd surrounded him: “Listen, I’ll be brief, because we have real work to do – and this is not a time for celebration … not when one in 10 of our fellow citizens are out of work … not when we have buried our children under a mountain of debt … not when our Congress is held in such low esteem.He continued, ” This is a time to roll up our sleeves. To look forward with determination. And to take the first steps toward building a better future for our kids and grand kids.” Later in the speech Boehner appeared to break down in tears as he described his rise from a very modest upbringing to his present position.Many of the Republican victors of the night were from the Tea Party movement.  Candidates like Marco Rubio and Rand Paul associated or backed by the tea party took Senate seats from the Democrats.