Despite missing last week’s deadline to come up with 10,000 signatures for placement on the Virginia primary ballot, Rick Perry, governor of Texas, has filed an emergency order in federal court to force the Virginia Board of Elections to nevertheless place his name on the ballot.

Virginia’s Board of Election’s rules for placement on the state primary ballot require that each candidate submit the names of at least 10,000 people who support him, with at least 400 people from each of the 11 congressional districts in Virginia.

Perry was not able to comply with these requirements by last week’s deadline, and was informed by the Virginia Board of Elections that his name would not appear on the ballot when the Super Tuesday primary date comes around, in March.

In response Perry has filed a lawsuit against the Chairman of the Virginia Board of Elections and Republican Party of Virgina, Pat Mullins last Tuesday.

On Wednesday Perry filed an emergency motion in the US District Court requesting and injunction to put his name on the Virginia ballot before the March 6 primary date.

The basis of Perry’s lawsuit, as Perry claims, is that the requirements stipulated by the Virginia Board of Elections are in violation of his right to freedom of speech and association.

Newt Gingrich, a Virginia resident, was also denied a place on the Virginia ballot for the same failure as Perry. So far there has been no lawsuit filed by Gingrich. 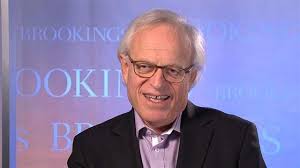