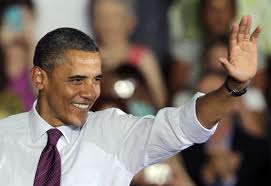 After taking a one-day break to relate to the tragic events of Aurora, Colorado, President Obama is back on the campaign trail, looking for support among veterans associated with one of the country’s oldest and largest organizations for combat vets.

In Reno, Nevada the President spoke to the Veterans of Foreign Wars at their convention. Re-enforcing what pollsters believe is a high approval rating on foreign affairs and national security for Obama among veterans, the President mentioned ending the Iraq war, scheduling the end of the war in Afghanistan, the search for and killing of Osama bin Laden, and expanding benefits for soldiers returning home, showing his strong support for the issues important to today’s and yesterday’s soldiers.

“As we look ahead to the challenges we face as a nation and the leadership that’s required, you don’t just have my words, you have my deeds,” Obama said. “You have the promises I’ve made and the promises that I’ve kept.”

Nevertheless, it won’t be easy for Obama to get the veterans on his side, and they could make up about 15 percent of the voters as they did in the 2008 elections, a large group in an election that will most likely be decided by a narrow margin.

“Even though the VFW isn’t the sweet spot for the electorate for Barack Obama, it makes sense for him to show his flag, to reach out, to talk to them,” said Stu Rothenberg, editor of the nonpartisan Rothenberg Political Report in Washington. “He knows this isn’t his natural constituency but when you’re president, you do this.”