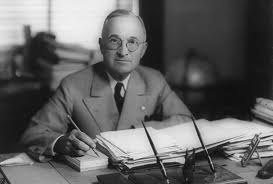 The Korean War is the war that got lost between the raging global disaster of World War II and the catastrophe quagmire of Vietnam. The war began on June, 25th, 1950 and raged for three years until an uneasy stalemate was achieved by July 27, 1953 at the cost of 33,686 American lives and millions of Korean lives.

When President Harry Truman was first informed of the outbreak of war he was at home in Missouri for a respite after a stint in Washington in which he had not been home at all since the previous Christmas. It was 9:20pm on Saturday when Truman received the call from Secretary of State Dean Acheson informing him that the North Koreans had begun to invade South Korea.

Truman, fearing that a new World War could break out, wanted to return immediately to Washington in response to the crisis. However, Acheson calmed the President and told him the best thing at the moment was to wait, gather more information, and above all not to cause a panic among the public by suddenly flying back to Washington. Acheson had already taken it upon himself to call for a meeting of the United Nations Security Council, to be held the next day, Sunday.

Truman took Acheson’s advice and remained in Missouri while Acheson gathered reports, wrote up a resolution to present at the Security Council meeting and considered the US options. By 12:30pm on Sunday Acheson felt he knew enough to call the President again. He told the Truman that the information was confirmed: yesterday’s surprise attack was a full-scale invasion. Truman’s response to Acheson was “Dean, we’ve got to stop those sons of bitches no matter what.”

Although World War III did not erupt, the Korean War was the opening volley in a war which lasted 35 years. This so-called Cold War was fought  between the United States and the Soviet Union on the fronts of numerous proxy states, with the threat of nuclear disaster ever-looming over the world.

In a memo written by President Truman to the Secretary of State, which is in the possession of the Shapell Manuscript Foundation, Truman highly praises Acheson for his role in paving the way for the United States’ rapid involvement in the war to push the North Koreans out of South Korea. This memo was written on July 18, three weeks after the outbreak of war:

Regarding June 24 and 25 – Your initiative in immediately calling the Security Council of the UN on Saturday night and notifying me was the key to what developed afterwards. Had you not acted promptly in that direction, we would have had to go into Korea alone. The meeting Sunday night at the Blair House was the result of your action Saturday and the results obtained show that you are a great Secretary of State and a diplomat. Your handling of the situation since has been superb. 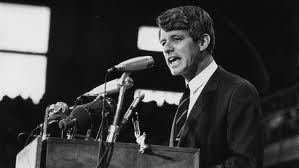