Following Justice Antonin Scalia’s death, many politicians, law professors and others have weighed in on his legacy and the future of the Supreme Court. Certainly, Northwestern Pritzker School of Law, where Geoffrey Richards is an adjunct professor, has been one such location for thoughtful analysis on the topic.

Here are a few of the thoughtful statements offered by those at the school. Steven G. Calabresi, a former clerk of Justice Scalia’s and a Clayton J. and Henry R. Barber Professor of Law said at USA Today on February 14,

“Antonin Scalia is one of only 112 Americans to have served on the U.S. Supreme Court, but he is the most important justice in American history — greater than former Chief Justice John Marshall himself. Justice Scalia believed in following the law and in textualism […] Justice Scalia will be remembered for his commitment to the principle that judges should be guided in deciding cases by the original public meaning of the texts that they are interpreting…”

Eugene Kontorovich, a Professor of Law at the school said on Politico on February 14,

“Many justices are associated with a particular approach or set of interest. Few are associated with fundamental approaches to understanding the Constitution itself as Scalia. Few justices have done as much to elevate ideas in popular discourse—to make doctrines of interpretation exciting and alluring—as Scalia. The revival of textualism and originalism, in which he played a major role, helped to drive a more general growth of appreciation in the Constitution and its authors…”

These are but a few of the thoughts from those at the law school with Geoff Richards. Finally, Steven Lubet, an Edna B. and Ednyfed H. Williams Memorial Professor of Law, Director, Fred Bartlit Center for Trial Advocacy told the Chicago Tribune on February 15th that:

“Note to Senate Republicans: The best way to honor Justice Scalia’s memory and legacy would be to respect the needs of the Supreme Court, to which he devoted so much of his extraordinary life.” 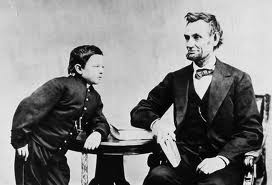