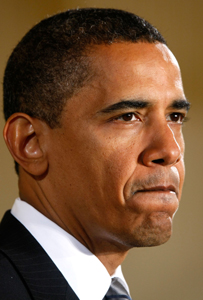 There are signs here and there that the economy is in recovery mode, but it just doesn’t seem to be happening at a satisfying pace. Some attribute this stagnation to a lack of the creation of new jobs. But jobs don’t just appear, they are the result of increased investment, but investment has not increased as it should due to a profound lack of confidence in the direction the U.S. economy is actually heading. Businesses are tending to withhold their investment monies while they play the ‘wait and see’ game with the Obama administration waiting to know exactly what are its intentions.
It is estimated that as of March 2010 companies of a non-financial nature were sitting on about $1.84 trillion in cash. That enormous amount of money represents a 26% increase in cash reserves for companies. Generally, companies like to take their ‘cash-on-hand’ and put it back into investment, but not when they are feeling uncomfortable about the future. Even those companies that are showing excellent earnings are hesitant to take those earnings and put them into capital investment and hiring until they have more clarity about what the regulatory climate is going to look like after Obama starts to fiddle with it. Unfortunately the signs are not good, considering the latest Obama fondness for what is called ‘net neutrality’ regulation of the broadband Internet.
The net neutrality regulation which Obama is so enamored with sends chills up the spines of investors in general and Internet investors in particular. The regulation intends to reclassify Internet broadband from an information service to a telecom service, thus making it susceptible to the various overpowering regulations which the telecom companies are faced with today.  Some have described this re-classification as ‘confiscatory’ in nature, amounting to a type of rent control which, it is feared, will kill innovation and allow stagnation and capacity shortages to appear.
But perhaps worse than helping to destroy the monumental success of the Internet sector, which is one of only a few bright spots now on the U.S. economic horizon; is the message the Obama administration will be sending to the rest of the business and investment world: that regulation and control are the intentions of the Obama administration, even at the expense of economic growth.  Unless Obama realizes that economic growth must begin with confidence about the future, growth will be stymied and companies and investors will continue to play the “waiting game.” And those desperately needed jobs just wont appear.